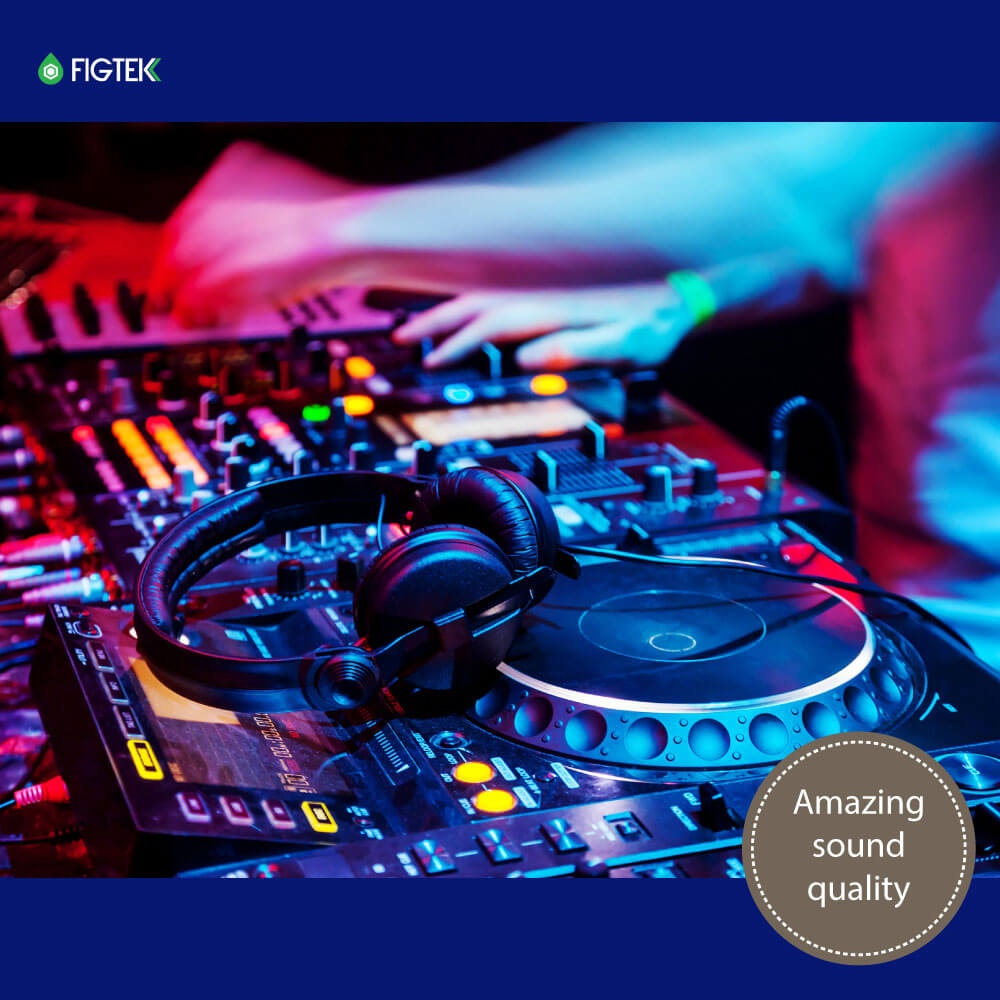 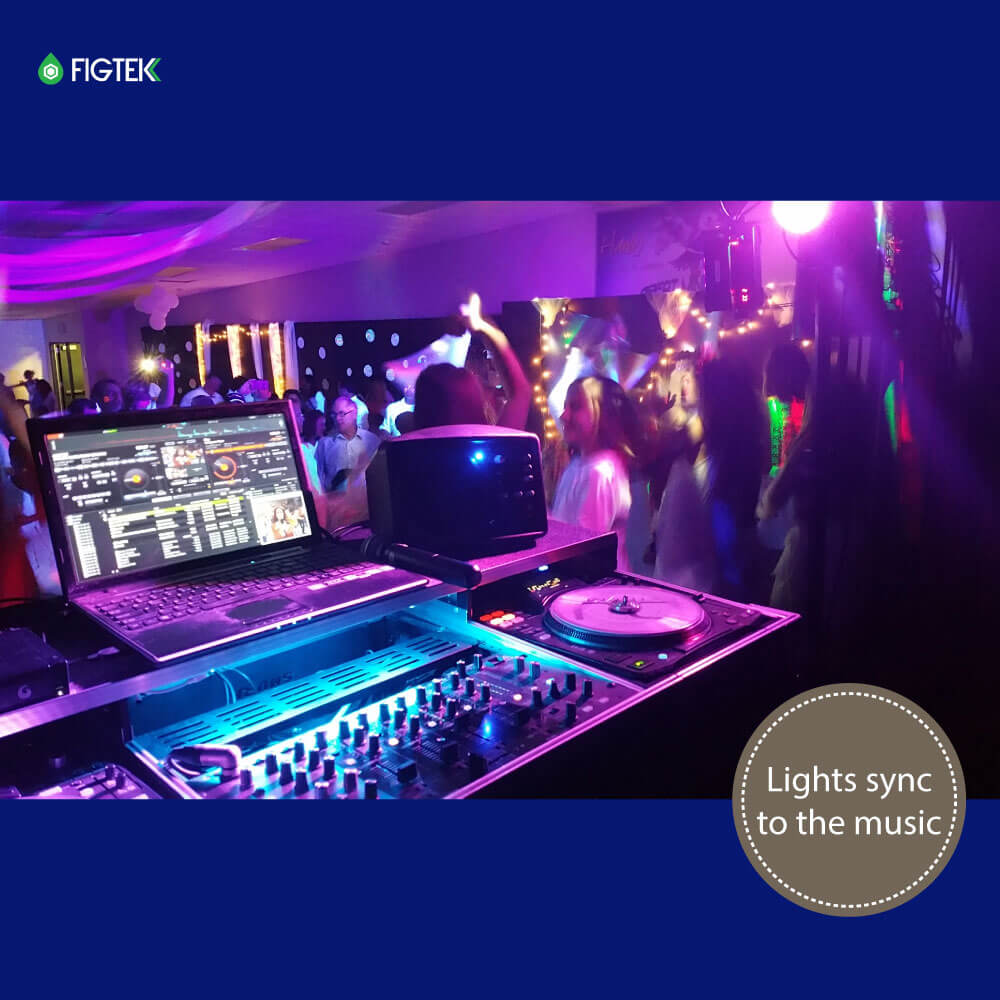 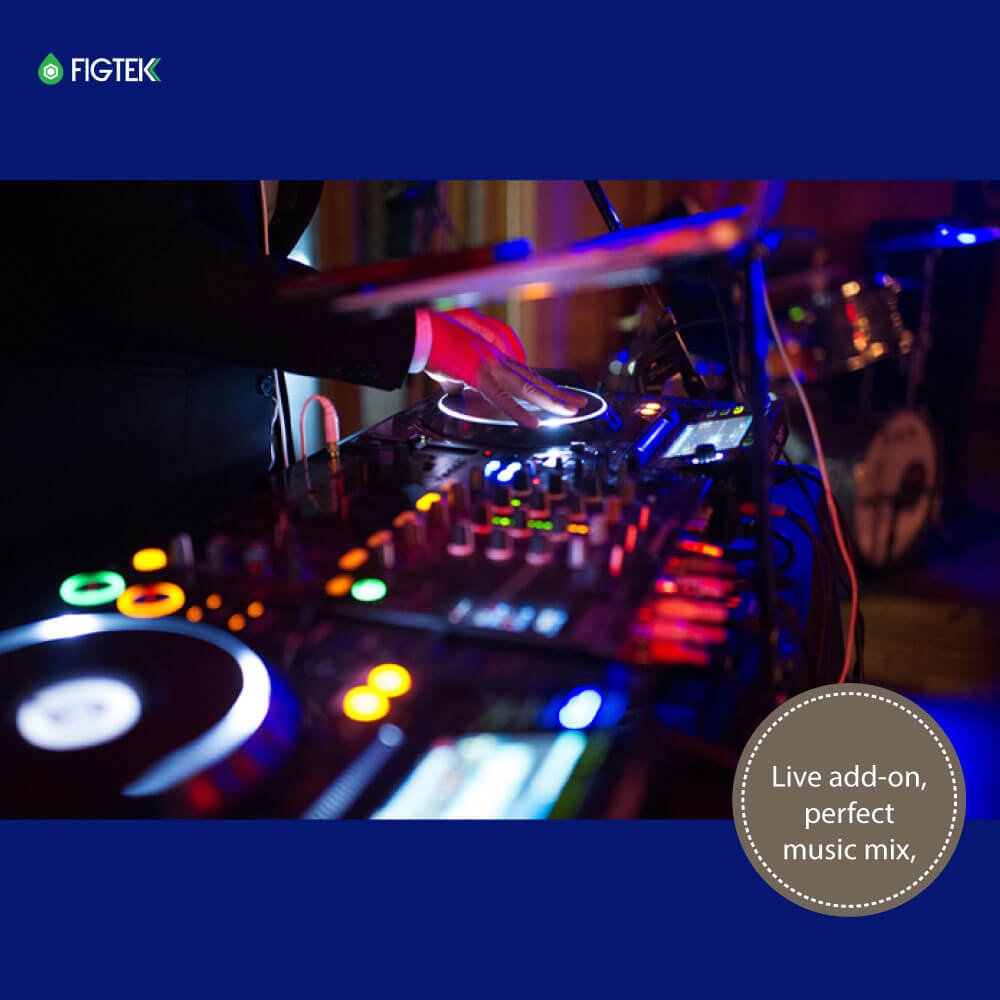 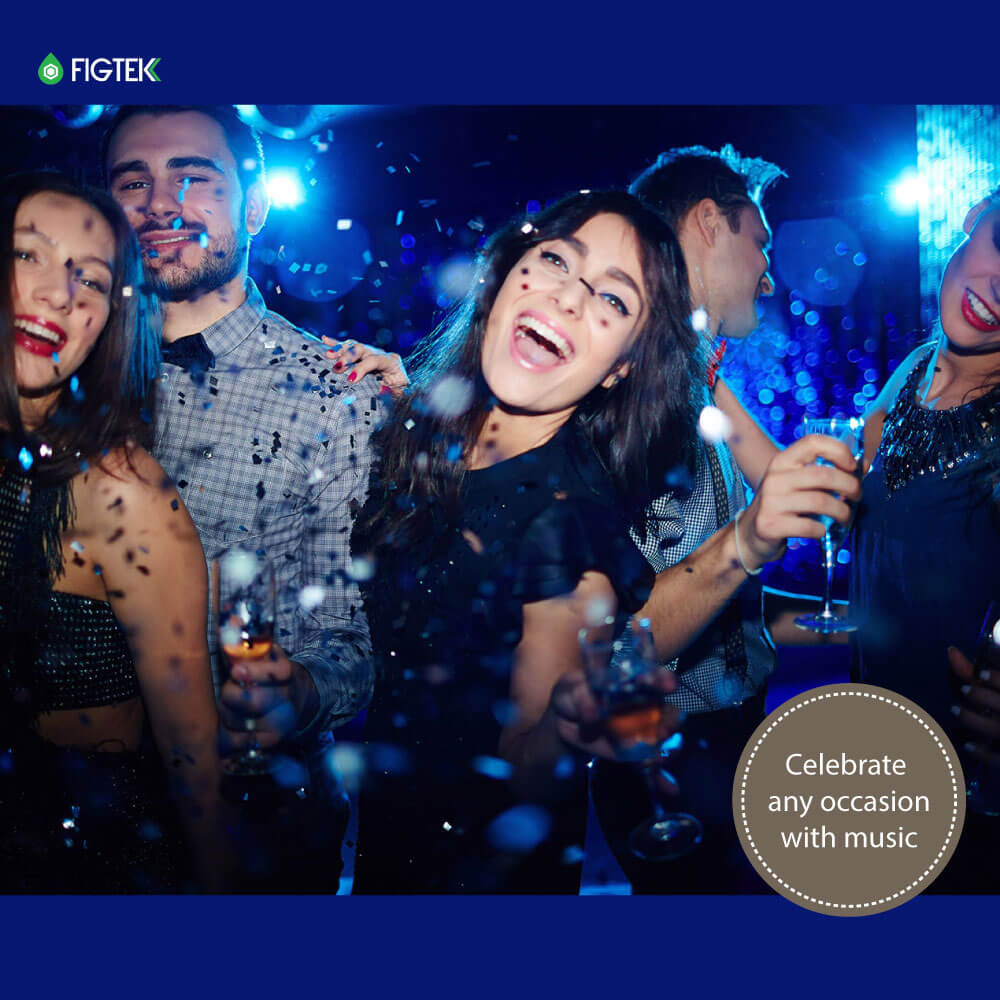 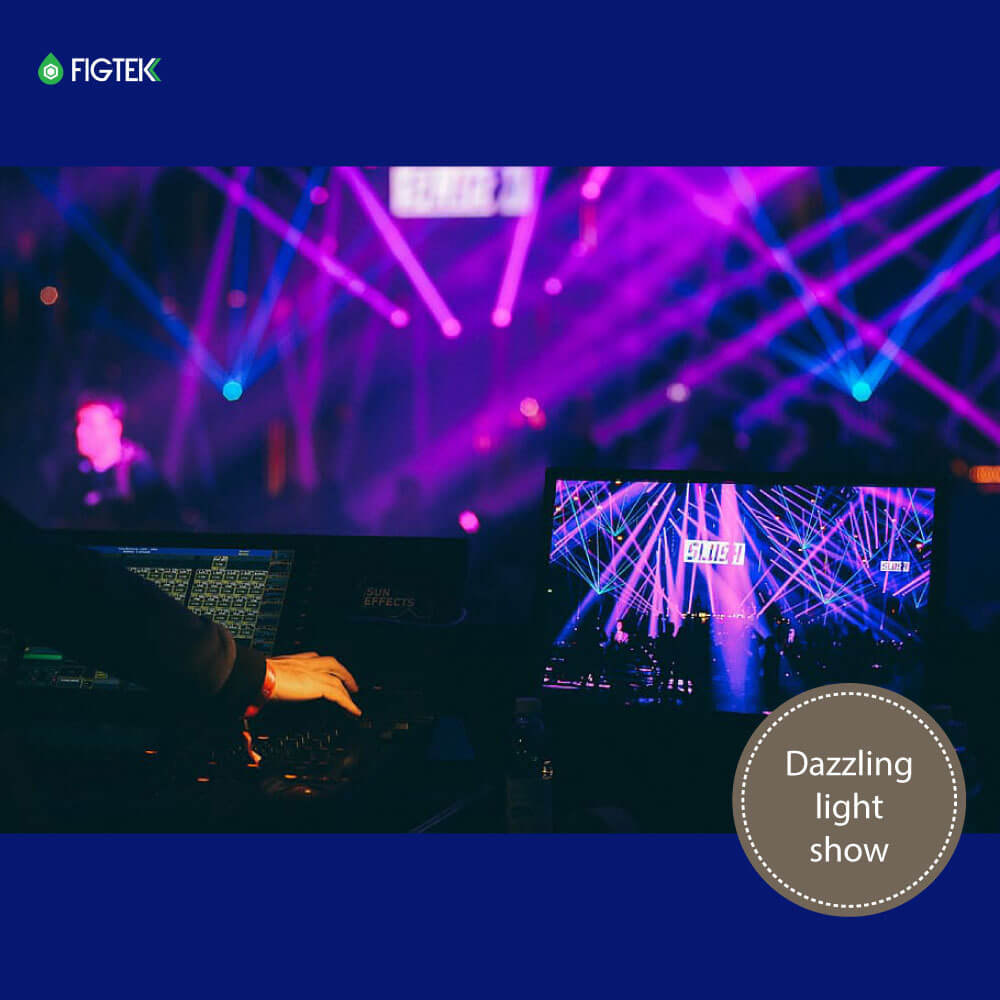 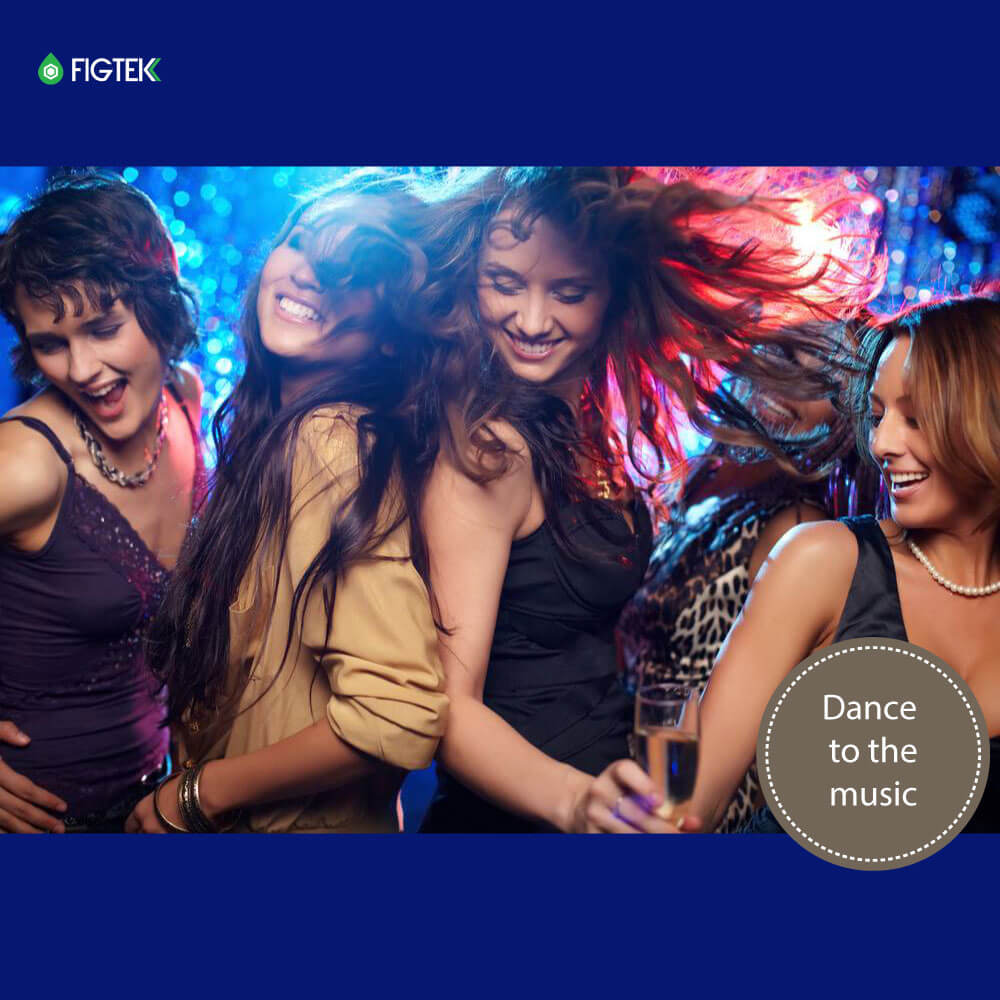 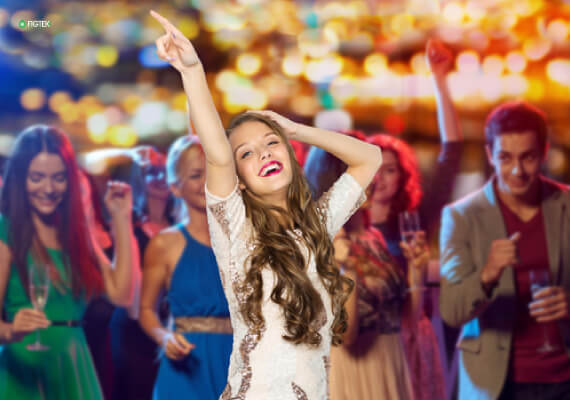 Our DJ’s have a unique music library from latest top hits. Quick and perfect blend of music from variety of genres. Dazzling light show synced to the music. Keeps your guest dance on the floor all over the party. 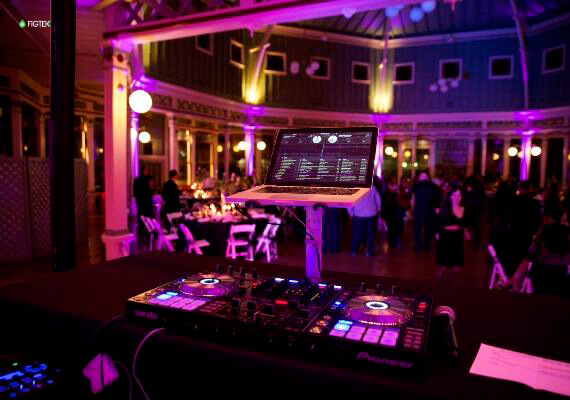 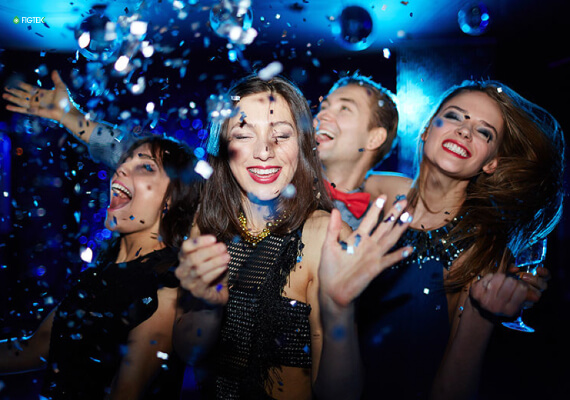 Our most talented DJ’s focus on guests mood, that will let you socialize and celebrate the party with full spirit. Being a birthday party/corporate event or any kind of event they make your special event one to remember for years to come. 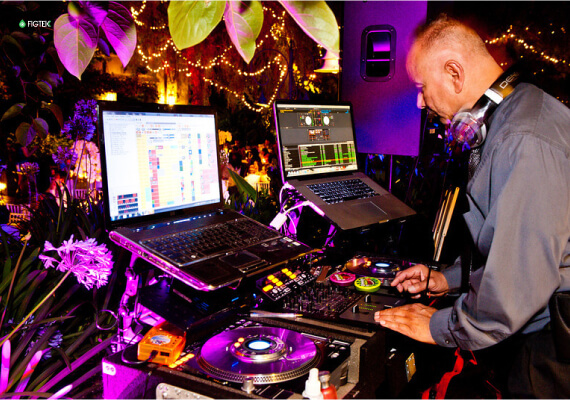 The average party expense is over $3000, and a recent university study showed that over a staggering 80% voted that they should have spent more time choosing the right entertainment. The music contributes to over 70% of your events success. Have you ever heard of a DJ not turning up ? Your guests complaining that the music is too loud? DJ didn’t arrive on time ? Didn’t play requests ? DJ came with Jeans and a T-Shirt ? plus more ? With us, these are some of the things we take very seriously. We know how important your event is, and its treated as a once in a life time event and not ” just another party”  We provide you with the best knows DJs who will contact you and walk you through all the way till the end. Your DJ will be with you from the start. We also provide you with the best set up money can buy with the utmost quality and visuals. We urge you to please take some time and make sure you get what YOU want. Please don’t go cheap, we have come across many DJs on gumtree who charge around $250 to $350. Think about it. What you pay is what your going to get. These are the DJs that we are talking about above. Have a look at our DJ set up pics. This is actually what you will be getting, and not just someone walking up with a Laptop and two speakers.

COMPARE US IN THE MARKET

Thanks so much to Tom for DJ’ing at our wedding in March, he did a great job! Thanks again!

Thanks Dhylan for djing at my 21st. You made the atmosphere electric got the whole crowd including the oldies up and about dancing the wholw night non stop till they had to force us off the floor haha. Feel like celebrating my 22nd birthday just to get that vibe hahaha bangers for life <3 love ya bro you made it a sick night for me

Dj Jude was amazing at my 21st! Read the crowd like a PRO!! Everyone loved it and danced the whole night till the end! Thanks a million for making it a night to remember!!

Thanks to DJ Jude, for rocking my 18th birthday on the 12th of October , great night with great music heart emoticon !!!

DJ Dhylan dj’d at mine and my sisters 21st last weekend, with short notice and a destination he was unsure of. He was punctual and arrived organised, he even stayed back past his time because the party was no-where near finishing due to the atmosphere he created by his music. We gave him a list of songs we wanted which he adhered to and even played requests on the night. We even got good reviews the next day from a number of our friends. We would highly recommend, 10/10! Thank-you so much DJ Dhylan for being a part of the night we’ll never forget smile emoticon –

Thankyou so so much for the amazing music I had the best time!!! Got so many compliments on the awesome music! Was absolutely perfect way to celebrate my birthday, cannot recommend enough

DJ JudeG was just absolutely fabulous on the night of July 13. Not only is he an amazing DJ, he was able to get up whatever song that was requested and did so with a smile on his face. The lighting just made everything so much better. Thanks to him, I had an amazing night and it wouldn’t have been such a wonderful 18th birthday without him!

DJ Glen was just absolutely fabulous last night! Not only is he an amazing DJ, he was able to get up any song we requested and did everything with a smile on his face. Couldn’t have asked for a better DJ to celebrate my 18th Birthday!!

Hi GLEN, When the first dance song you played at our wedding reception segued from Etta James At last into Metallica, Nothing else matters, my partner, Sam had to hold tears in. You did an amazing job ! Many thanks,

Hi Stuart, Thanks for all your hard work on Saturday evening, your song choice and volume levels were spot on. You even managed to get some of us up and dancing as well, I have not done that for some while ! Lynne and I really enjoyed the evening. I have your business cards so if anyone asks me I will certainly recommend you. Thanks again

Thank you so much for Saturday’s wedding entertainment, Stuart. You were brilliant and I have already recommended your services to others. Well done mate

We had Stuart H as our wedding DJ for our reception. In the lead up to the day he was extremely organised, always responding to emails quickly and answering any questions we had. He tailored the music to our tastes and encouraged us to pick some of our favourite songs, and then on the day he was open to requests. Stuart was a pleasure to have around on the day, and he was very flexible and accommodating when we needed to change his arrival time, only a week or so before the wedding day. We would be happy to recommend him for any event. All the best, and thanks again!”

The dance floor was busy throughout the evening so Jude must have been doing something right! Stuart was very friendly and only too happy to accommodate requests

Stuart H played the era of music we requested and the guests enjoyed dancing to it and were on the dance floor straight away. Stuart was good value for money and I would definitely recommend him.

Thanks for a great night on Saturday, our wedding anniversary was perfect, everybody loved your music, it was so suitable for our crowd. 10+ for your efforts! We will be notifying the hotel management accordingly

Stuart H exceeded our expectations – very friendly and professional both before, during and after the event, the music was great, he played all our requests and the light show was well beyond what we had expected – it was like being in a club!

Everyone had a great time. (I believe the staff at the venue were also impressed and I assume they have seen a lot of DJs over time). Very very pleased. We would use him again and recommend him thoroughly without hesitation.”

Just wanted to say a huge thank you for putting me in touch with Stuart H for our family party on Saturday 31st August. He was very professional in his approach as well as be very accommodating to our requests for some Bollywood tracks to be added into the mix.

He really made the evening a great success for which my family and I are very grateful.

We were so pleased with Stuart H – he managed to play the majority of the requests that we asked for (some of them were very obscure!) and seemed to read the dance floor well in terms of what to play when. He didn’t put his own taste in music above his guests (which I’ve seen other DJ’s do) and made sure all ages and tastes were catered for, which gave everyone a chance to dance to something that they enjoyed.

He had a really friendly and approachable manner and came with a great set of lights and lasers that created a brilliant party atmosphere. He set up and down on time and without any fuss to the wedding party, which allowed us to enjoy being with our guests. He was also very reasonably priced. If you want a fun disco that gets everybody dancing then I would definitely recommend Stuart H.

Thanks once again for all of your help and services – I thought that the communication from Alive Network and from Stuart before the wedding was excellent and made our planning that much easier. I found it quite difficult to find a DJ before I found the Alive Network directory. It was very useful having all the information in one place with a good range of reviews for each artist. It made selecting the right one for us much easier

Many thanks for doing such a great job on Saturday.
Have had some great comments regarding the DJ! Everyone enjoyed themselves and we are very pleased with how well the evening went.
Many thanks for recommending the venue, I am sure that we will use it (and you) again.

A great selection of music from the era- as requested.
Best disco we have ever been to, we are all oldies now, the volume was just right for our crowd- to allow us to chat and listen, and dance a little.

A good night was had by all!